How much would the royals earn if they weren't royals?

A recent study by Erudera estimated the income of the British family members if they weren't royals and had a job based on their university degrees.

Erudera looked at the education degrees of the British royal family members and researched the top most common jobs they could work in 2022, based on their degrees.

Detailed research on the academic background of the British family members, and the jobs they could have nowadays based on degrees they hold if they did not have a royal role was conducted, where the members are listed starting from the one with the highest estimated yearly income to the lowest.

Absent from Erudera’s list are some of the British family members who do not have a university degree.

From the above list, it can be concluded that if Meghan Markle wasn’t a royal (even though at the moment she is not a senior working royal), she’d have an annual average salary of £39,357 based on the degree she obtained from Northwestern University, Illinois in Theatre and International studies, by securing her the 1st place on the list, as the royal member with the highest estimated yearly income.

On the other hand, Peter Phillips would be the royal with the lowest estimated yearly income, having an annual average income of £30,418 based on the jobs he could work with a Sports Science degree that he obtained from the University of Exeter.

Erudera also made comparisons, the first of its kind, between the actual Net Worth of each of the included British royal family members, their income as a royal, and the estimated income as non-royals, based on their university degrees. 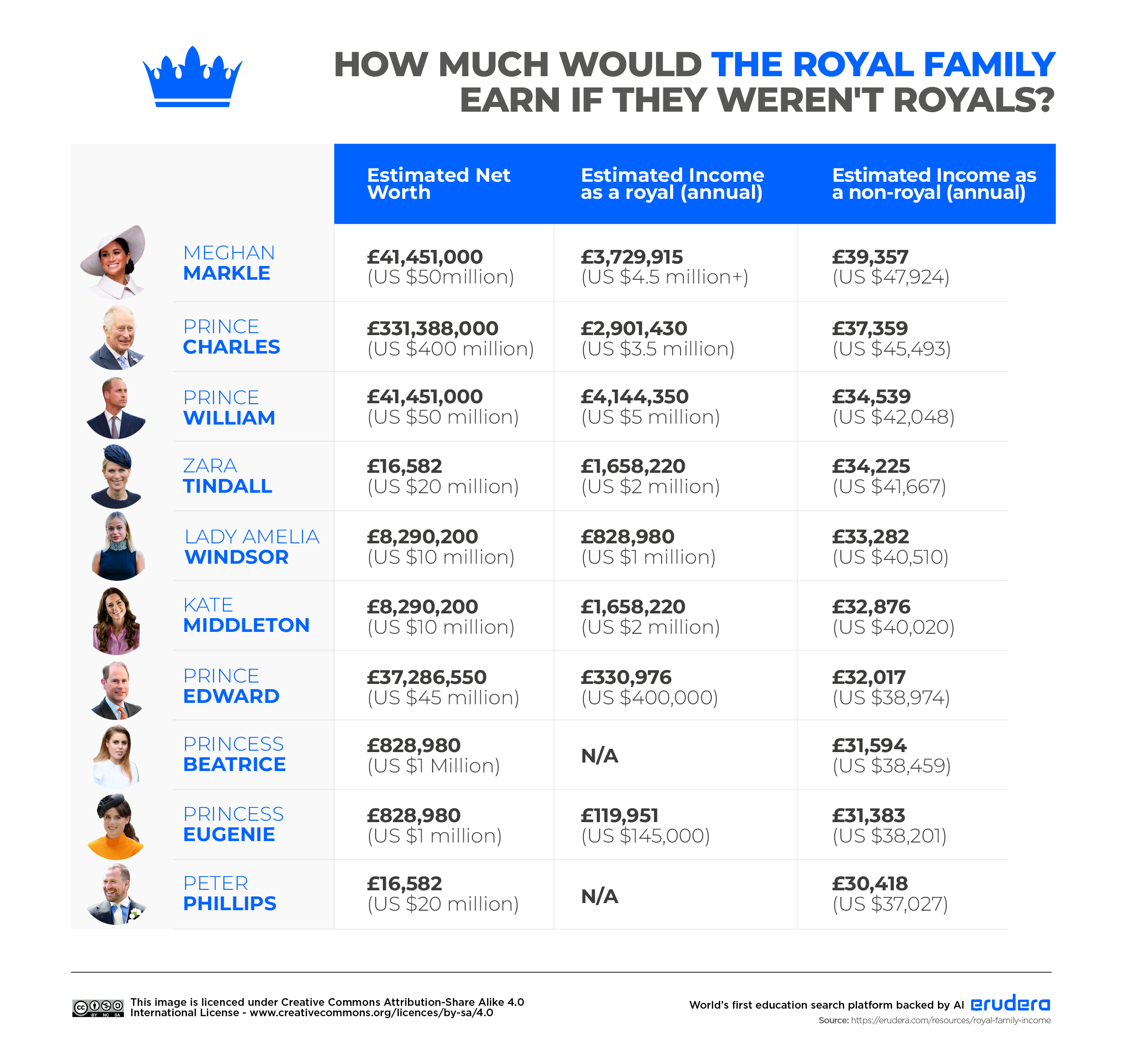 Click here to view this graphic in full size